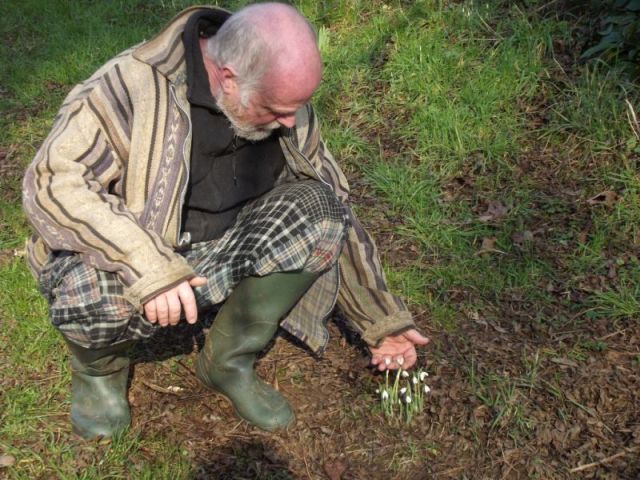 It has become a bit of a yearly ritual for me, the spotting of the first snowdrops. Here I am on the 17th. January saying hello to these little beauties. The botanical name for commonest wild snowdrop we have on the British Isles is Galanthus nivalis. Galanthus is derived from two Greek words, gála, meaning milk and ánthos, meaning flower. Nivalis is from the Latin for snow.

A galanthophile is a lover of snowdrops and it's easy to see why, not only because their beauty but their fascinating history and connection with us.

For the spotter and collector of snowdrops there are about 20 wild species of to be found across Europe, from Spain to the Caucasus and over 1,000 cultivated species. Each is categorised in the same genus, Galanthus but with a different species name. One bulb of Galanthus Platyphyllus, which grows high in the mountainous lands between the Black and Caspian Seas, the Caucasus, is rare enough to command a price of £65. In their native situation these snowdrops can flower as late as June if the snows are late in melting. 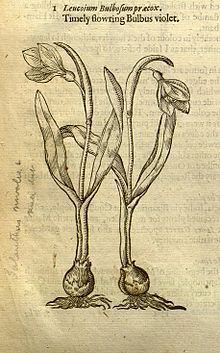 It was not until 1753 that the snowdrop was given it's botanical name by the Swedish botanist Carl Linnaeus in his 'Species Plantarum'.

Since the 1950s Kew Gardens, in London, have been monitoring the growth of snowdrops. In the mid-part of the 20th century they would generally appear in February, since the 1990’s they have been arriving increasingly early.

At least two new species have already been discovered in this millennium, one in 2001 and the other in 2012, G. panjutinii, Panjutin's snowdrop. It has been found in five separate locations in the ancient kingdom of Colchis, which borders the eastern shores of the Black Sea in modern day Georgia. One of these sites was destroyed by developers for the 2014 Winter Olympics in Sochi.

Galanthus trojanus, a recent discovery close to the ancient city of Troy in north west Turkey. There are only three known sites for this snowdrop and is therefore considered to be critically endangered.

Galanthus platyphyllus grows high in the Caucasus mountains. It flowers as the winter snow melts and retreats; often as late as June. In gardens it is always one of the last to appear and flower, often late May in Northern Scotland. 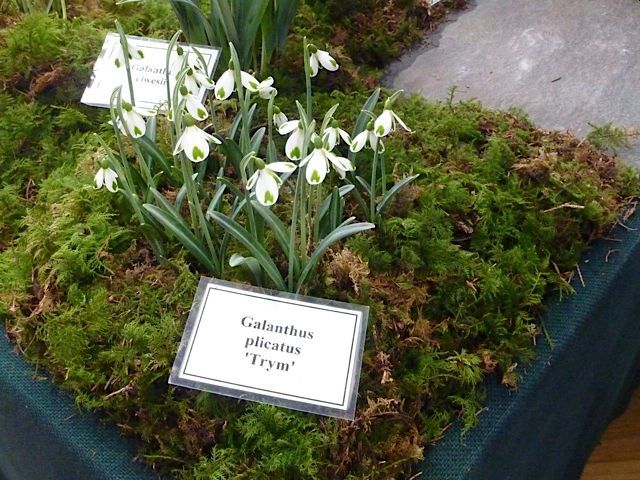 Sometimes called the Crimean Snowdrop, Galanthus plicatus is indigenous to the coastal areas near the Black Sea, including the Crimea peninsula. During the Crimean War of the 1850s British soldiers were amazed to see the battlefields covered in snowdrops after the harsh winter, and many took bulbs home with them. 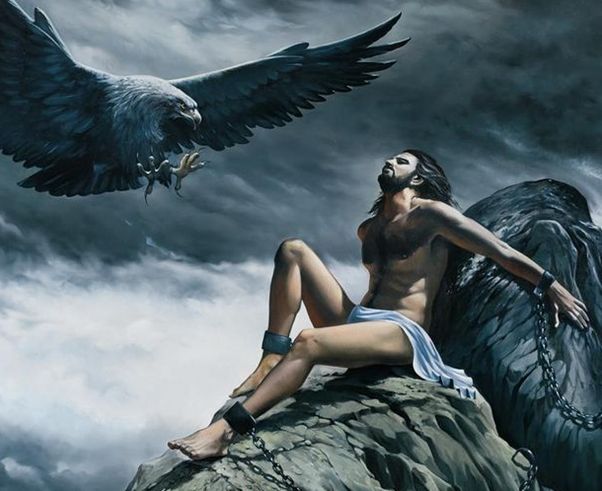 The Snowdrop, Brigid and Imbolc

The Celtic goddess Brigid, whose flower is the snowdrop has been celebrated for many millennia at the time of Imbolc. Brigid is a solar goddess, a bringer of light and many forms of knowledge and skills. In Ireland, where she was widely worshiped, 19 priestesses tended a perpetual flame; this continued when Christianity became the dominant belief system.

Imbolc is the festival that falls half way between the winter solstice and the spring equinox. It is the time of the snowdrop, the lengthening days, the promise of warmer times, the beginnings of fertility and growth. Christians not only adopted Brigid but her festival too, calling it Candlemas. Saint Brigid's day is 2nd. February. Traditionally snowdrops, referred to as candlemas bells, were brought into the church to celebrate and remember the purification of the Virgin Mary, forty days after Jesus' birth.

The theme of cleansing is central to the time of Imbolc. and the qualities of Brigid. Imbolc falls half way through the period when the Sun transits Aquarius, the bringer of water for cleansing and purification. In the agricultural calendar February is the time of washing and repairing tools that will be needed in the spring.

The Uses of Snowdrop as a Flower Remedy

Here at Aquarius we make two types of snowdrop flower remedy, one is solarised and the other lunarised.

Solar Snowdrop is for cleansing and purification of the aura. It acts like water, dissolving, diluting and washing away impurities.  It's cleansing action works like a spring clean on all levels of being, spiritual, mental, emotional and physical.

Lunar Snowdrop is also a cleansing essence but much deeper in its actions.  It is used to purify dark and repressed emotions that have come into being as a result of abuse being committed in the past. 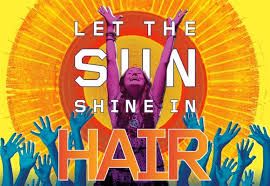 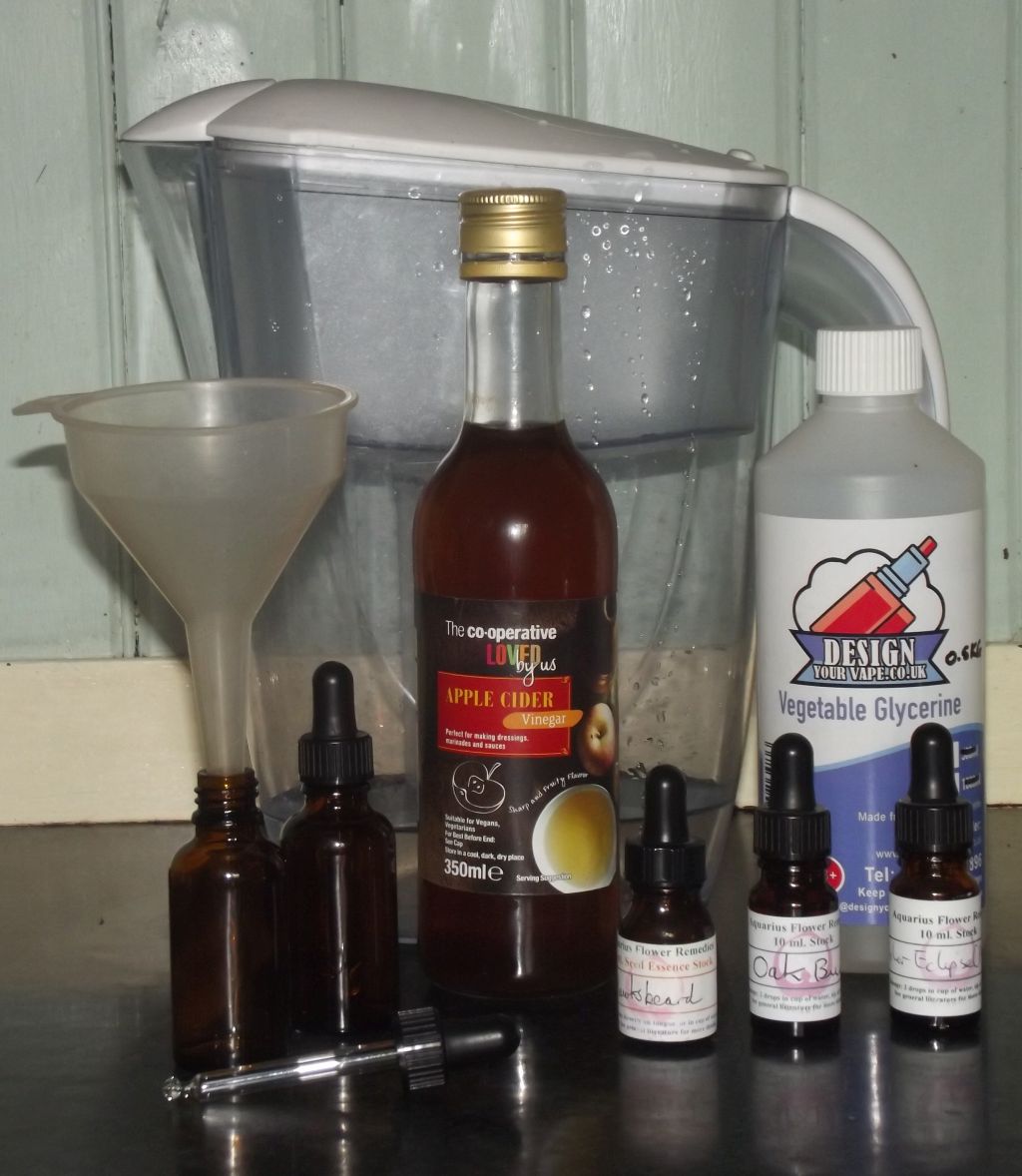 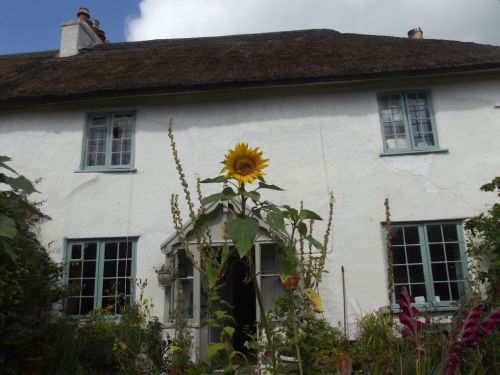